Juan Manuel Raselli has been a mountain trekking guide since 2009 and IFMGA/UIAGM high mountain guide since 2014. He has climbed several routes on peaks of the Argentine Andes mountain range, as well as in Peru, Brazil, France, Spain, Germany Italy and Austria. He has worked on Aconcagua since 2002 and has lived in El Chaltén since 2004 where he has climbed several routes and guided many tours in the Fitz Roy and the Cerro Torre mountain ranges.
One of his best achievements was the “mushroom traverse”, making the first ascent of Minitorre and finalizing with the west face of Torre in one push. On the last winter seasons he had make some new ski descents on some of the nice places that this area still have to discover.
He is also an mountain guide courses Instructor for the AAGM (Asociación Argentina de Guías de Montaña) 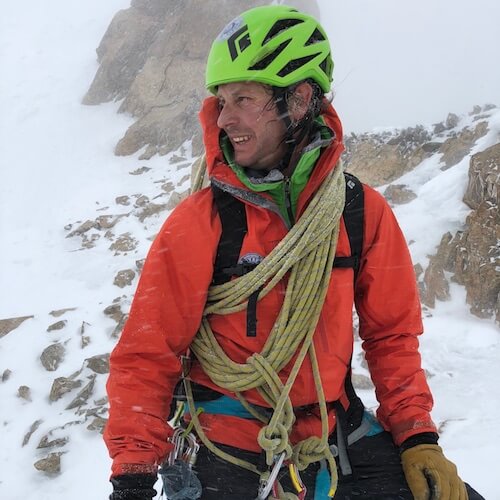